Exploring the Future of Front-end at the Vue.js Amsterdam Conference

We recently started working with Vue.js, so were excited to attend the Frontend Developer Love and Vue.js Amsterdam conference last week, hosted at Theater Amsterdam

Until recently, I had never been to a developer conference, never mind one that focused entirely on front-end development. When the opportunity came up to attend the Frontend Developer Love & Vue.js Amsterdam conference, I jumped at the chance to go. 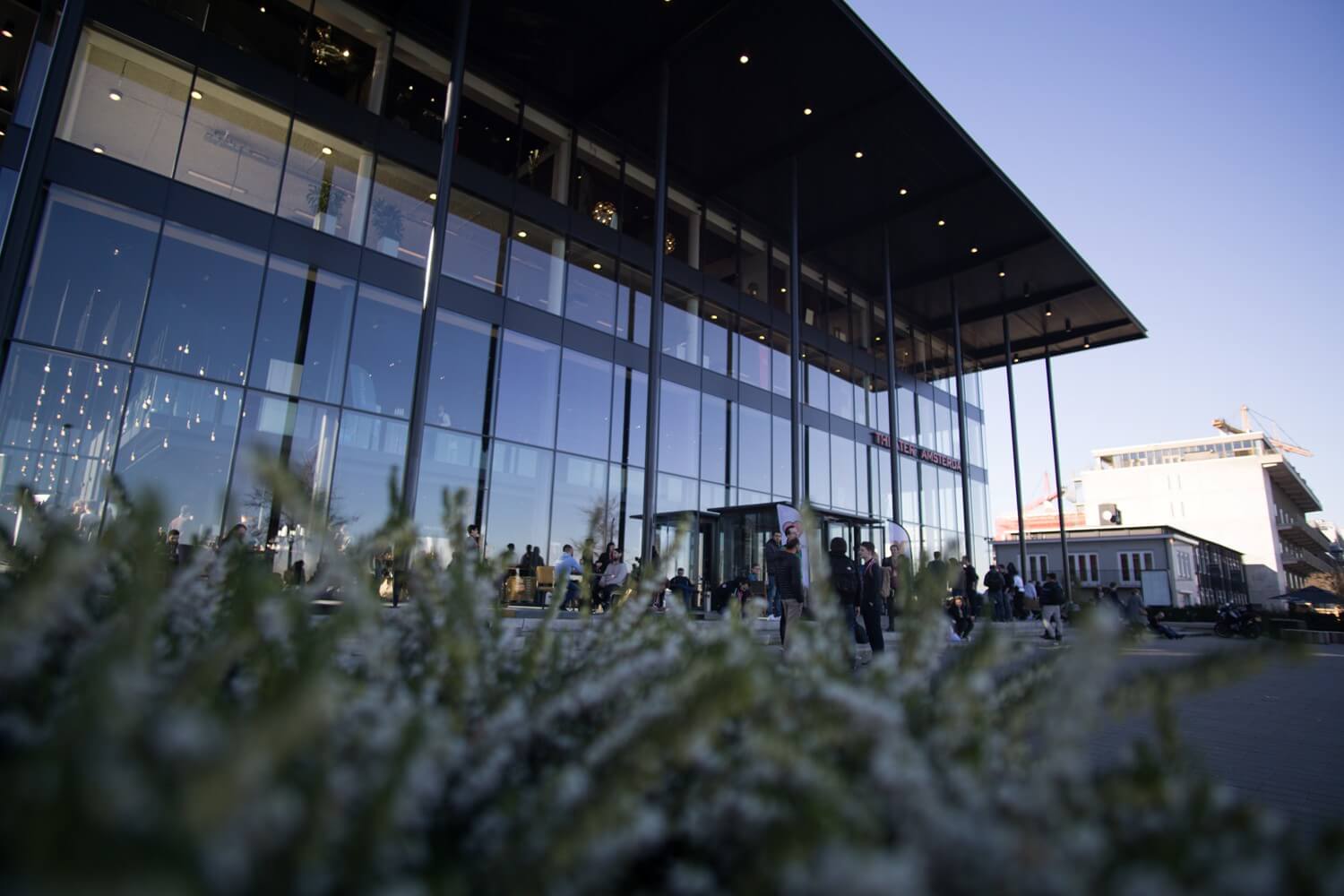 The conference runs for 3 days in Amsterdam and comprises of two distinct events; Frontend Developer Love, followed by the two-day Vue.js Amsterdam focusing on the Vue.js JavaScript framework.

Combined they form the largest conference for front-end developers in the world; with over 1,000 attendees it’s a massive event in a seriously impressive venue, featuring a 500m2 curved screen for the speakers to showcase their talks. 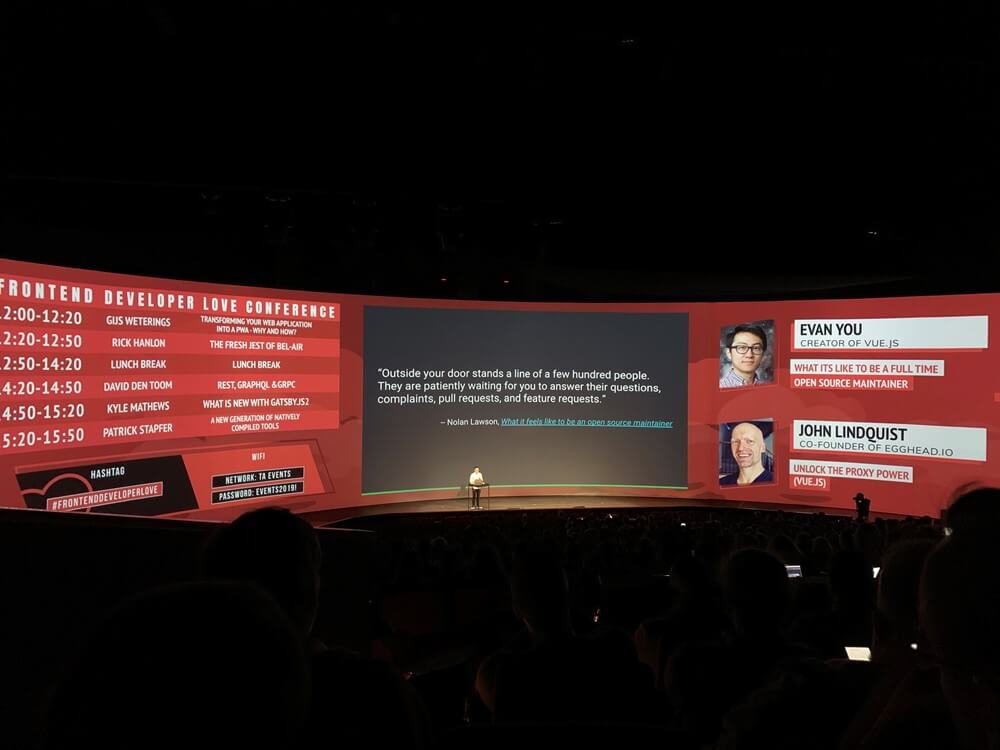 At Screenmedia we’ve been starting to adopt Vue on projects, so my colleague Germán and I (both big fans) were very excited to attend, and it didn’t disappoint.

After a very short flight, we arrived in Amsterdam and were caught up in the atmosphere immediately upon entering the venue. There’s something inspiring about being surrounded by like-minded people from all over the world who are passionate and truly care about their craft. It was refreshing to see a diverse group of individuals chatting and sharing their knowledge and experiences.

After being fueled with caffeine and pastries (the organisers definitely know their audience) we made our way to the theater to take our seats. The first day's talks covered a broad range of topics across multiple technologies:

One of the talks that stood out to us was by Microsoft Program Manager Sean Larkin, who maintains webpack open source and speaks at conferences around the world. He presented new features of webpack 5, highlighting it’s 98% increase in speed over the current version - a huge increase which will greatly increase the performance of the sites we build once it’s released.

He is also a huge fan of the Vue.js framework, having recently switched to it completely. He also mentioned that teams within Microsoft are starting to adopt Vue as their front-end framework - welcome news to us to see this increased backing as Microsoft Gold partners ourselves.

The day finished with a talk from none other than Evan You, the creator of Vue.js. He shared his journey from working for himself to becoming a maintainer of open source code. It was thought-provoking, inspiring, and incredibly motivating. 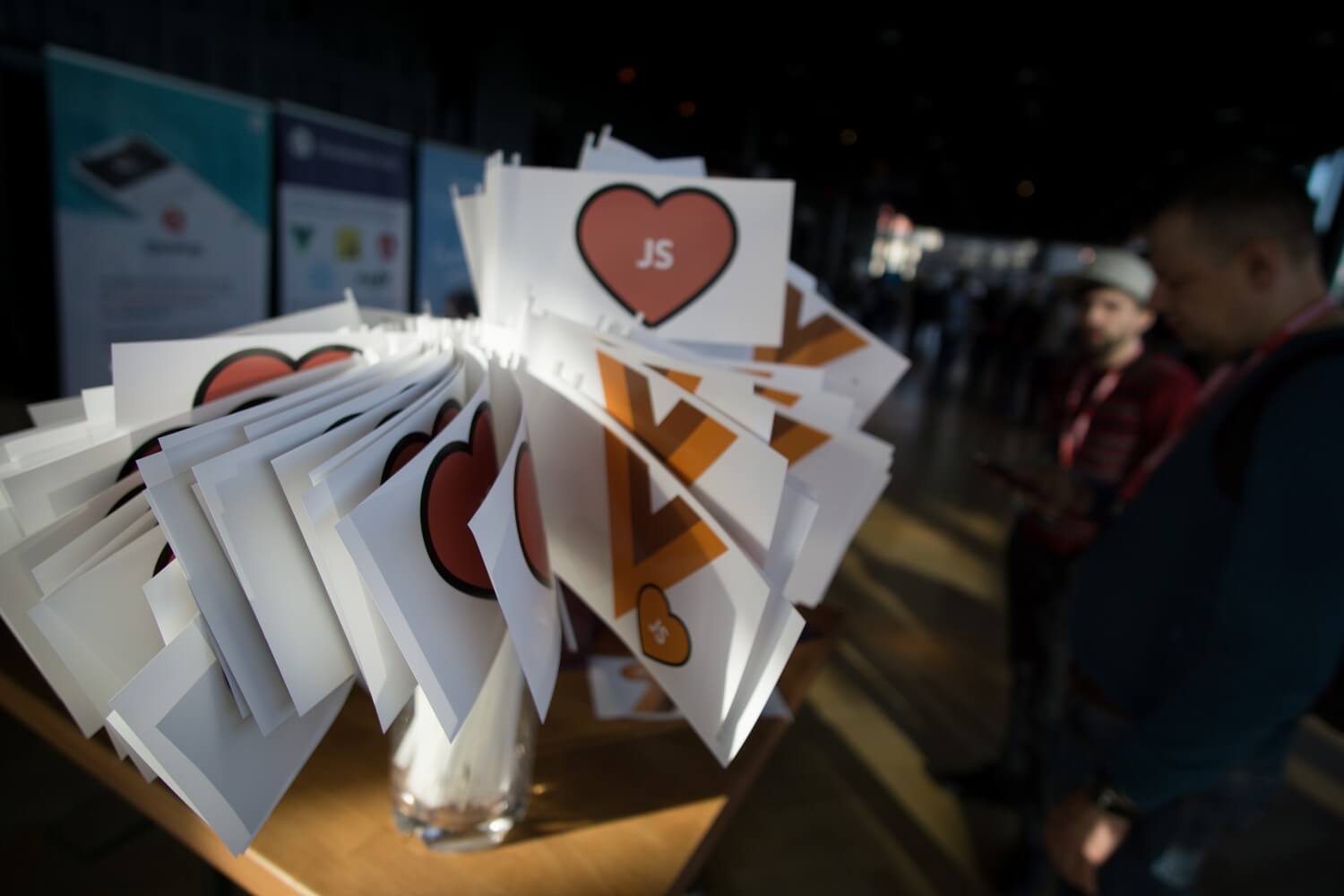 Day two began with Evan You again, this time discussing the roadmap and ‘big picture’ for Vue, from both a technical and an organisational point of view. A key takeaway we both appreciated was his commitment to not chase aggressive growth, focusing instead on the happiness of developers. This is refreshing to hear, and their philosophy comes through in their product; Vue is a dream to use. 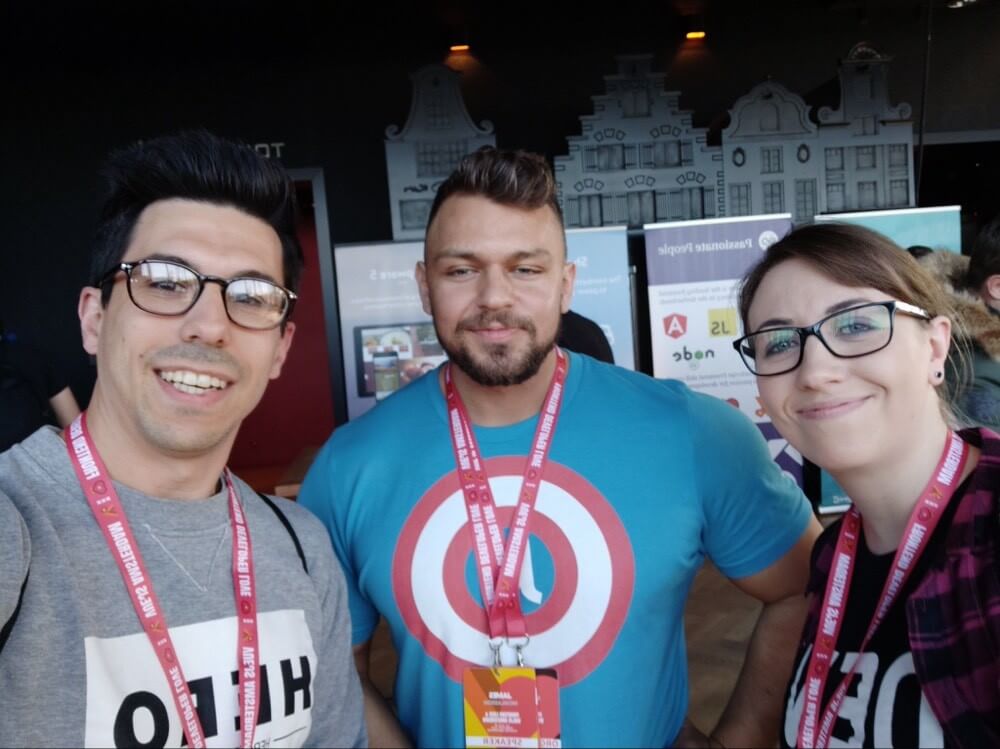 Us with James McGlasson, Lead Organizer and Marketer for the conference.

The standout talks on day two for us were:

Vue.js for L’Oreal, a case study by Tim Benniks 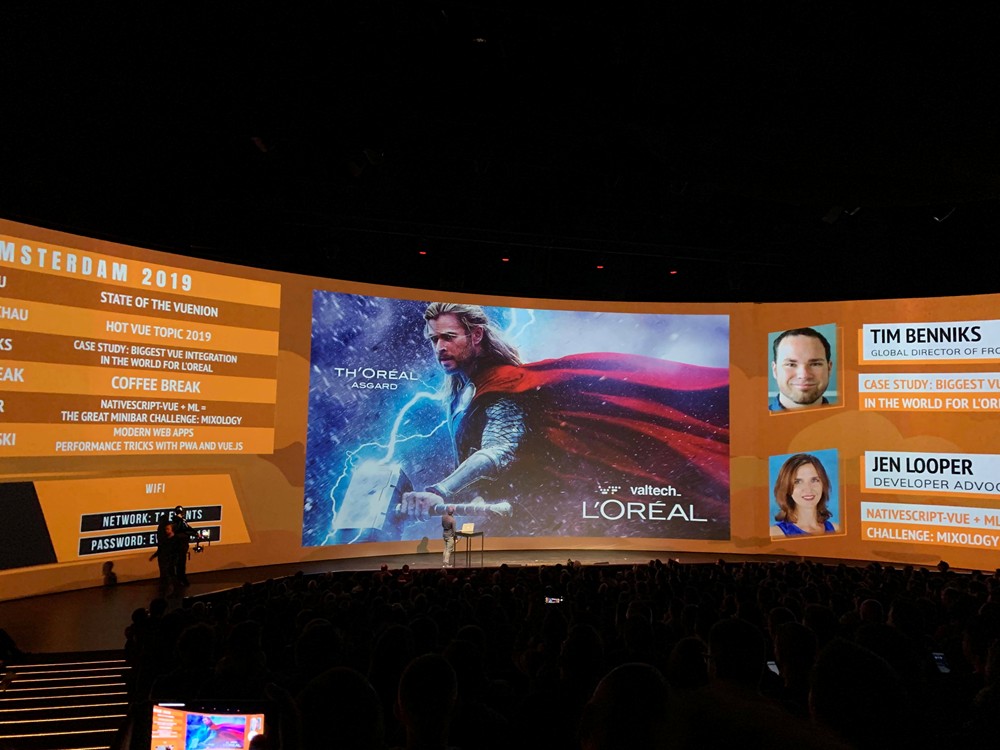 Not only did they have fantastic talks, but Tim gave us a great sense of how it is to work for such a large company, including the accessibility targets they must meet. 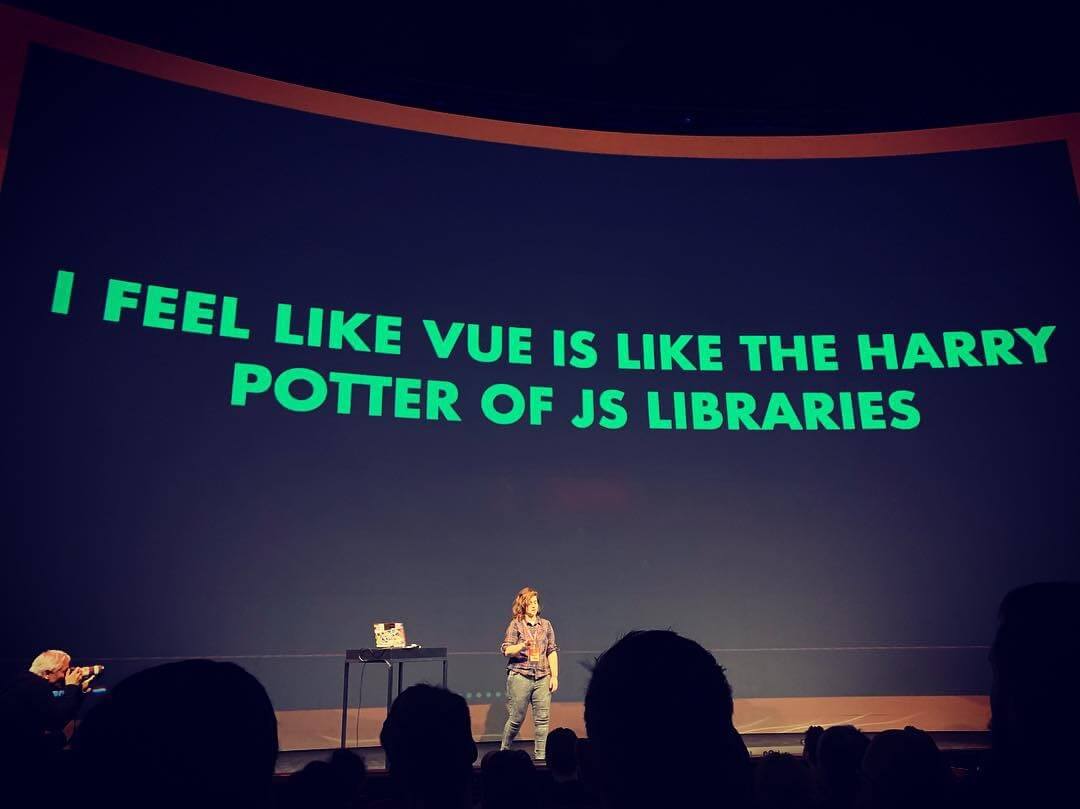 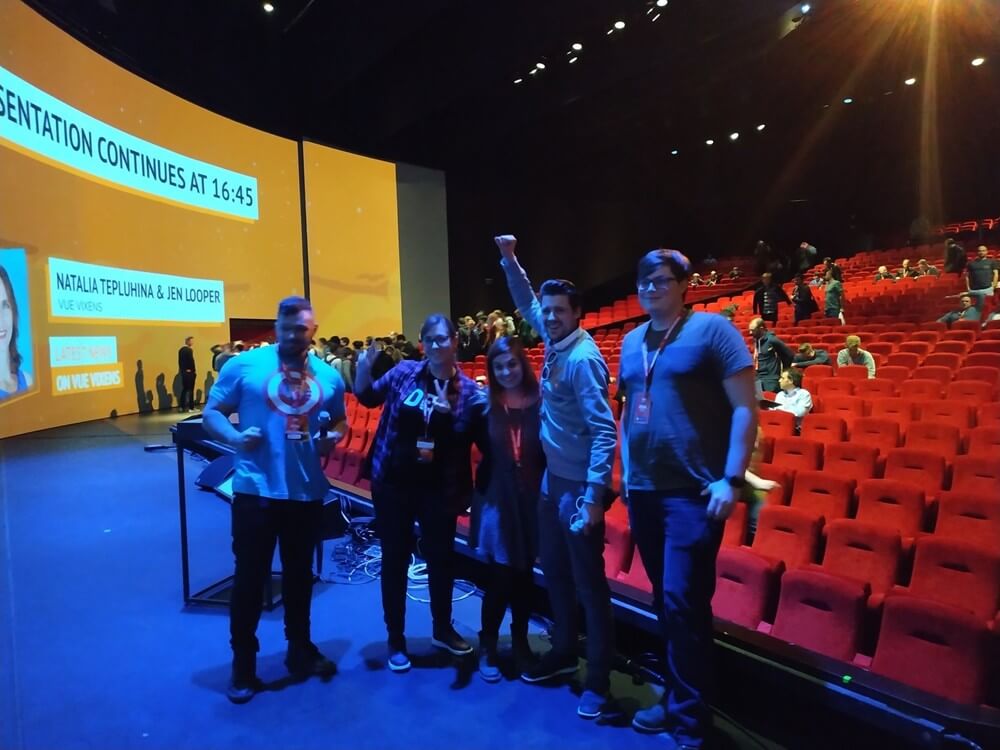 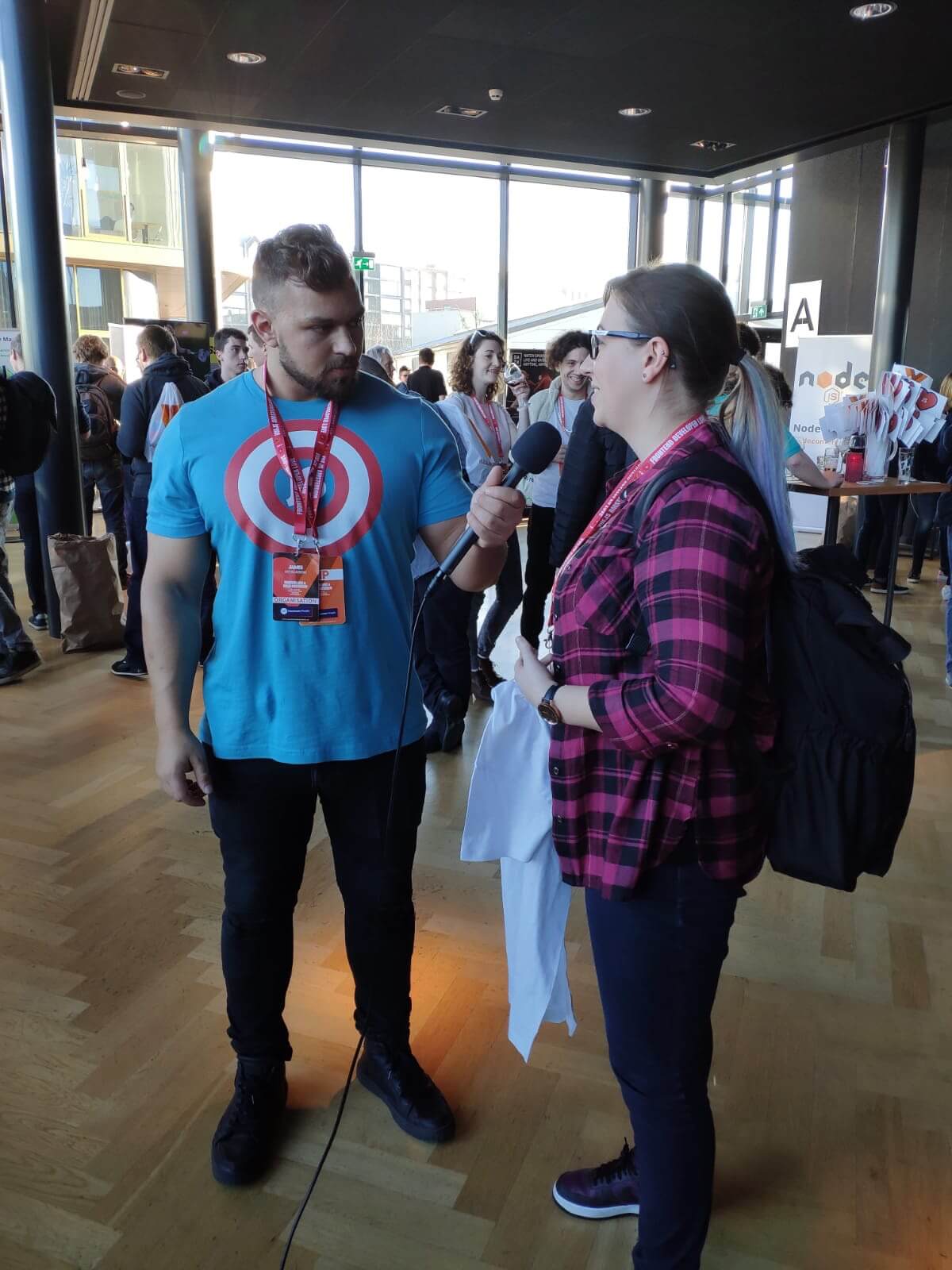 Being interviewed for the conference after movie after winning a free t-shirt!

By day two, we were into the flow of things, allowing us to chat to more people and make some great connections. Many members of the fantastic Vue Vixens community were attending and it was great to meet and catch up.

“Vue Vixens is an initiative founded by Jen Looper, Developer Advocate at Progress, that creates and hosts workshops to teach Vue.js to under-represented people in a cool and fun way. The goal of the program is to familiarize women and those who identify as such with Vue.js in a supportive and inclusive environment.”

I recently joined the Vue Vixens Slack channel, and am now part of a great developer community, supporting with code questions, or just sharing knowledge in general. It’s awesome to be part of this and I've connected with some of the most successful women in the industry.

The talks on the last day covered topics such as Nuxt, Vue Design Patterns, Performance, and Accessibility.

Germán is passionate about accessibility, and I personally found Callum Macrae’s presentation to be one of the more eye-opening talks of the day. He showed videos of a blind friend using a screen reader on sites such as the BBC and Youtube; seeing it in action helps us to understand the importance of our job and the need to structure our code in an accessible way to make our sites a smooth and inclusive experience for everyone. 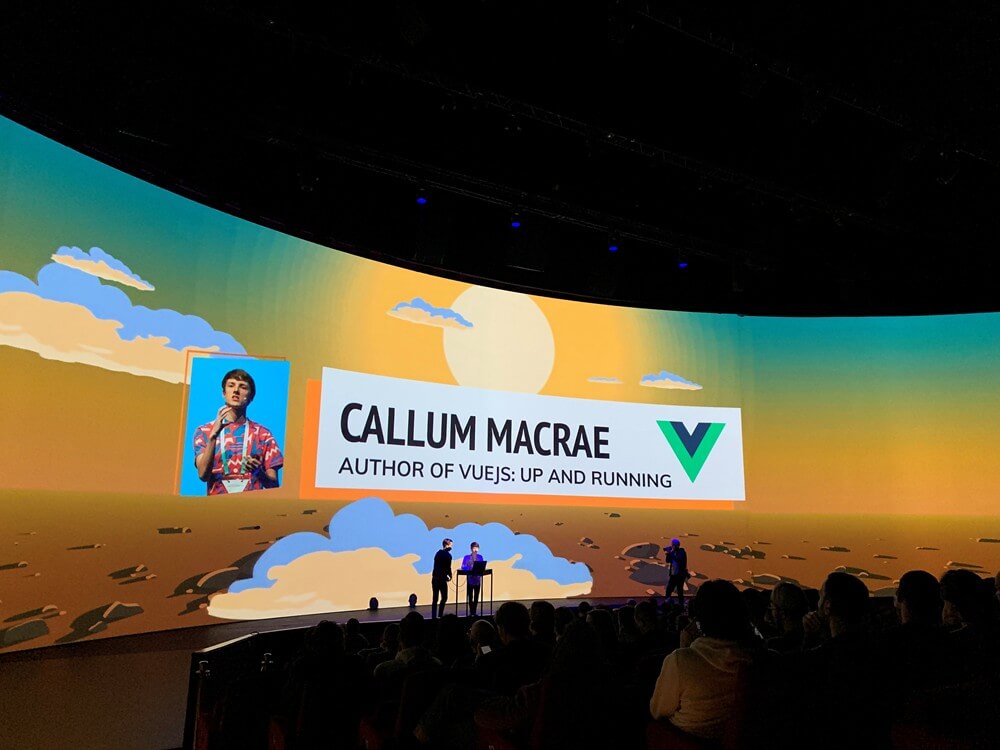 Germán is also all about best practices, and found Quique Fernández Guerra’s tips on how to apply in Vue design patterns like IOC (Inversion of control) a great takeaway. 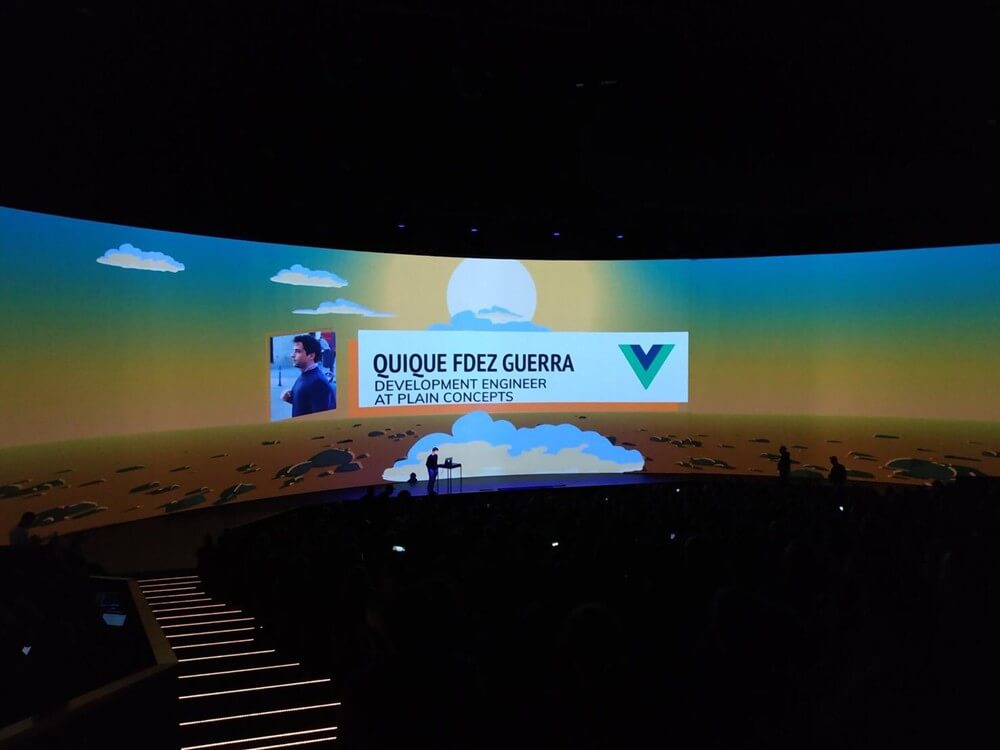 We learned so much overall and I’m sure there’s plenty I’ve missed here; I was frantically taking notes to share with the Screenmedia developers!

Our experience during the three days was extremely positive, and we’ve both come back home feeling inspired and excited to learn more about our craft, and are already getting stuck into some test projects to put our learnings into action. Being surrounded by some of the most intelligent and creative individuals in the industry makes you strive to do better, continue learning more, share knowledge and engage with the developer community, and support open source products and maintainers.

If you want to hear more about what we learned at the Conference, or how we’re putting best practice to work in creating powerful, beautiful websites, get in touch and we’d love to talk. 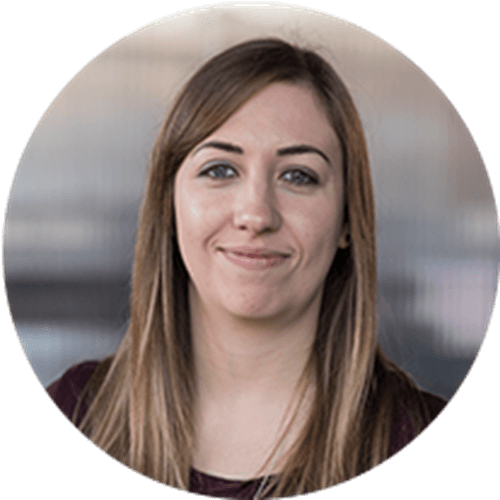